Police in the US state of Virginia have found the remains believed to be of a 17-year-old Muslim girl who was assaulted near a mosque before disappearing.
The teenager, identified as Nabra Hussein, was walking with friends when they got into a dispute with a driver in Herndon, police said.
The man left the car and assaulted the girl, they said. She then disappeared.
A 22-year-old suspect has been arrested and charged with murder.
The reason for the attack was still unknown, but police said it "appears to be the result of a road rage incident".
"Our investigation at this point in no way indicates the victim was targeted because of her race or religion", the Fairfax County Police Department said in a statement.
More ..
During the search, which included a helicopter, police said they stopped a car driving suspiciously in the area, and took the driver, identified as Darwin Martinez Torres, into custody.
Terrorist in custody .. 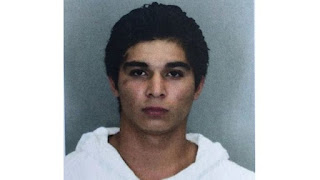