What the Syrian Death Toll Really Tells us About Western Policy 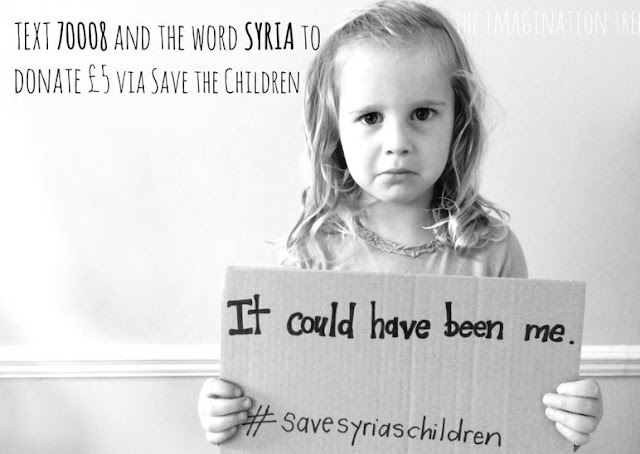 Less than two months after the UN announced “shocking” new casualty figures in Syria, its high commissioner for human rights, Navi Pillay estimates that deaths are “probably now approaching 70,000″. But two years into a Syrian conflict marked by daily death tolls, the question arises as to whether these kinds of statistics are helpful in any way? Have they helped save Syrian lives? Have they shamed intransigent foes into seeking a political solution? Or might they have they contributed to the escalation of the crisis by pointing fingers and deepening divisions?

Casualty counts during modern wars have become a highly politicised business. On one hand, they can help alert the outside world to the scale of violence and suffering, and the risks of conflict spreading both within a country’s borders and beyond them. On the other, as in Syria, Iraq, Darfur, the Democratic Republic of Congo and elsewhere, death tolls have routinely been manipulated, inflated or downplayed – a tool for the advancement of political interests.

As if to underline the point, Libya’s new government recently announced that death tolls had been exaggerated during the 2011 Libyan civil war; that there had been around 5,000 deaths on either side – a long way from the reported tens of thousands of casualties that set the scene for Nato’s “humanitarian” intervention, or the 30-50,000 deaths claimed by opponents of this intervention.
While physically present in Iraq, the US and British governments were unable to provide estimates of the numbers of deaths unleashed by their own invasion, yet in Syria, the same governments frequently quote detailed figures, despite lacking essential access.

Syria’s death toll leapt from 45,000 to 60,000 earlier this year, a figure gathered by a UN-sponsored project to integrate data from seven separate lists. The new numbers are routinely cited by politicians and media as fact, and used to call for foreign intervention in the conflict.

But Rami Abdulrahman of the Syrian Observatory for Human Rights (SOHR), whose casualty data are part of this count, calls the UN’s effort “political” and the results “propaganda”.
Abdulrahman, whose daily death toll releases are widely quoted in the western media, argues that many of the UN’s casualties don’t exist. “Yesterday in Qahtaniyah, I had a video of 21 people killed, but 19 names only. Other groups said 40 were killed – where are the 40? Tell them to provide me with only 21 names,” he demands, frustrated.

When I interviewed the UN spokesman Rupert Colville in January, he conceded: “We can’t prove most of these people have died.”

And Megan Price, lead author of the UN’s casualty analysis project, whose firm, Benetech, is part-funded by the US state department, explained to me: “We were not asked to do verification of whether the casualties are real.” Benetech’s task was mainly a data collation effort: working from seven separate UN-identified lists, the firm discarded duplicates and victims without names, place and date of death to arrive at the highly-publicised 60,000 number.

But questions about the accuracy of casualty numbers is only part of the story. Dig deeper, and it’s clear that this data also offers an insight into the Syrian conflict at odds with the story that this is essentially about a brutal regime killing peaceful civilians.

With the proviso that the data may itself prove unreliable, Benetech’s research nevertheless offers some useful clues about the makeup of the recorded death toll. Only 7.5% are female, making the casualties in Syria overwhelmingly male. Second, the largest segment of the 30% of victims whose ages are included in the records are between the ages of 20 and 30 – who might be classified as males of “military age”.

The SOHR’s statistics confirm this picture. On 27 December, Abdulrahman cited 148 violent deaths in Syria for that day: 49 rebels, 42 soldiers, three defectors, and the remaining 54 likely to be a mix of noncombatant civilians and unidentified rebels: “It isn’t easy to count rebels because nobody on the ground says ‘this is a rebel’. Everybody hides it.”

According to Abdulrahman’s conservative estimates, at least two thirds of the dead are armed men – an appreciatively different take on the perception of “civilian slaughter” in Syria created by reporting of the UN’s and other unverified casualty numbers. And the UN itself points out that “the analysis was not able to differentiate clearly between combatants and noncombatants”.

Even the civilian death toll is nuanced. There are civilians targeted by the regime through shelling and air strikes, civilians targeted by rebels via mortars, IEDs and urban bombings, and civilians caught in crossfire (not targeted). Further to that, there have been reports of sectarian and political killings by supporters of both sides.

While bald casualty numbers taken out of context have clearly failed to explain what now looks closer to a parity in violence inside Syria, the UN is not wrong that body counts can be valuable indicators in a crisis.

The problem is that, increasingly, death tolls are used as political tools to scene-set for western-backed “humanitarian interventions” in the Middle East and north Africa and – more broadly – against the kinds of negotiated political settlements that could actually reduce or stop the killing.
It’s time to stop headlining unreliable and easily politicised casualty counts, and use them only as one of several background measures of a conflict. It’s essential too that the media help us avoid such manipulation by asking questions about reported deaths: how were these deaths verified? Are they combatants? Who killed them? How do we know this? Who benefits from these deaths? Was this a violent death or one caused by displacement? How is it even possible to count all these dead in the midst of raging conflict?

Numbers without context or solid foundations can incite and escalate a conflict, leading to even more carnage. Contemporary casualty data have been inaccurate in so many recent conflicts that it’s time to retire these numbers from the telling of the story.

Sharmine Narwani is a political analyst and commentator on Mideast geopolitics and a senior associate at St Antony’s College, Oxford University. Follow her on Twitter @snarwani