Home » USA » World » US policy in Syria 'height of hypocrisy' 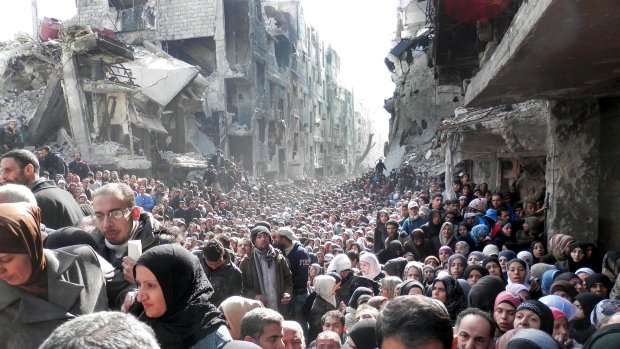 The United States has for long provided military assistance to militant groups in Syria and its condemnation of the Syrian leader’s pledge to retake the country from terrorists is the “height of hypocrisy,” says an author and internationally-syndicated journalist.

“The US’s approach to foreign policy in the Middle East for the last 30 years or so has been nothing but utilizing the military option,” Ramzy Baroud said on Saturday.

"He [Assad] is not a legitimate leader for his people… He is deluded if he thinks there's a military solution to the conflict in Syria," he stated.

Toner was responding to an interview Assad gave to AFP published earlier on Friday in which the Syrian president said he intended to liberate the whole country.

Baroud said for the US to take such a stance on Syria is “a form of American hypocrisy that in my opinion is unparalleled.”

“The US should be the last country in the world at this point to speak about the importance of diplomacy to resolve the global conflicts,” the journalist added.

“There has really been no resort to serious diplomacy; no intention of finding a non-violent solution to this conflict. Any attempt at doing so has been thwarted time and time again,” he noted.

The US and some regional players, including Saudi Arabia and Turkey, have been financing and arming various militant groups, including Daesh (ISIL) and al-Qaeda, in Syria, Baroud said. “The US in some strange ways found itself on the same side of al-Qaeda.”

For the US to ask the Syrian government that it cannot use its armed forces to fight Daesh is “the height of hypocrisy,” he concluded.

Since September 2014, the US and some of its allies have been conducting airstrikes purportedly against Daesh inside Syria without any approval from the Syrian government or a UN mandate.

The foreign-sponsored conflict, which flared up in March 2011, has reportedly killed some 470,000 people and displaced nearly half of the population, according to the Syrian Center for Policy Research.