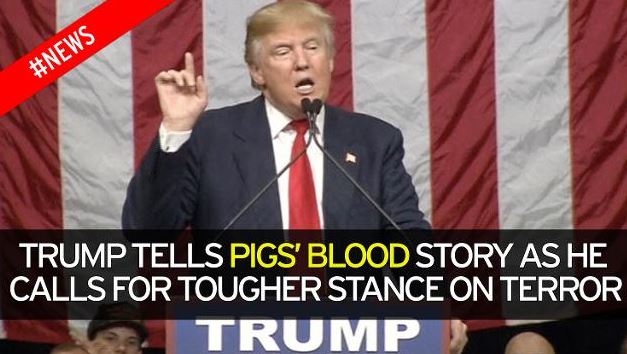 Suzanne Barakat, the sister of a Muslim student killed alongside his wife and sister-in-law last year in an attack in North Carolina, challenged Donald J. Trump to meet with her after a speech in which he spoke approvingly of killing Islamic terrorists with bullets dipped in the blood of pigs.

Dr. Barakat, 28, a physician in San Francisco, said the comments and other anti-Muslim rhetoric from Mr. Trump, including a proposal to ban Muslims from entering the country, have contributed to an atmosphere of intolerance that she fears could have deadly consequences.

“It allows for the Average Joe to see Muslims the way Craig Hicks saw my brother and his wife of six weeks and her sister,” she said, referring to the man who killed her relatives last February. “As ‘The Other,’ as subhuman, because of their faith.”

Mr. Trump has not responded to Dr. Barakat’s invitation for a face-to-face meeting, she said. It was delivered on Saturday via Twitter, a platform the Republican presidential candidate has frequently used to telegraph his views and to attack people, places and things that he dislikes.

Mr. Trump made his remarks about blood-dipped bullets at a rally on Friday in South Carolina, before winning the state’s Republican primary the next day.