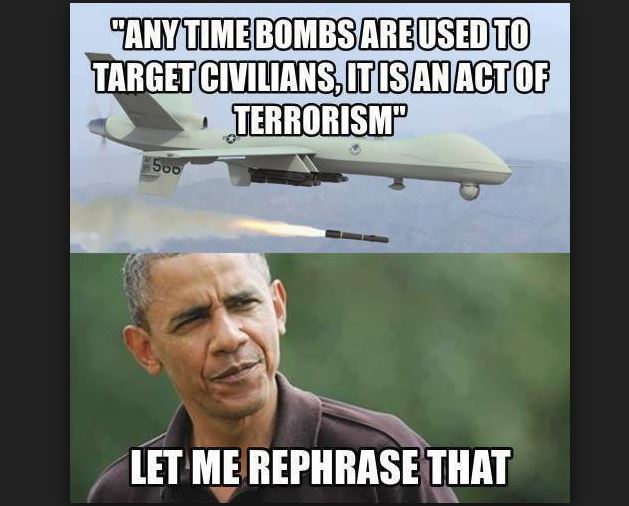 Michael Hayden sure does love him some drone-killing.

In a New York Times opinion piece titled “Drone Warfare: Precise, Effective, Imperfect,” the former head of the National Security Agency celebrates the joy of wiping people out from a distance.

Do innocent men, women, and children routinely get murdered by an errant strike?

“Civilians have died, but in my firm opinion, the death toll from terrorist attacks would have been much higher if we had not taken action.”

But here is the bottom line: It works. I think it fair to say that the targeted killing program has been the most precise and effective application of firepower in the history of armed conflict. It disrupted terrorist plots and reduced the original Qaeda organization along the Afghanistan-Pakistan border to a shell of its former self. And that was well before Osama bin Laden was killed in 2011.