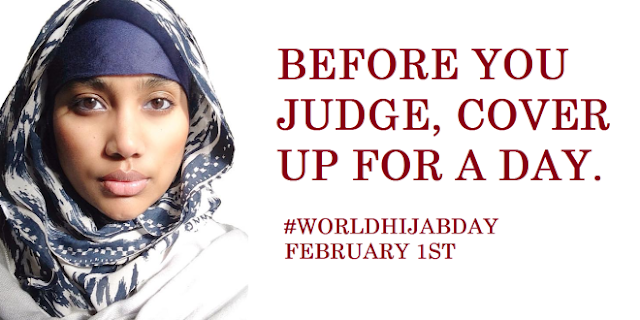 Wheaton College, an evangelical Christian university, stoked controversy when it placed Professor Larycia Hawkins on administrative leave for wearing a hijab as a sign of solidarity with Muslims amid increasing Islamophobia after the Paris attacks.

The associate professor donned the Muslim head dress and posted a selfie on her Facebook page (as one does) with the caption: "I stand in religious solidarity with Muslims because they, like me, a Christian, are people of the book. And as Pope Francis stated last week, we worship the same God.

"A large scale movement of Women in Solidarity with Hijabs is my Christmas wish this year," she added, signing off "Shalom, friends".

However, Wheaton College did not seem to admire the thoughtful move.

Despite their quite obvious fondness for "diverse perspectives", the college clarified the issue was not about the hijab itself - but the crazy idea of Muslims and Christians possibly worshipping the same deity.

"While Islam and Christianity are both monotheistic, we believe there are fundamental differences between the two faiths, including what they teach about God's revelation to humanity, the nature of God, the path to salvation, and the life of prayer," said the college.

But Professor Hawkins' show of goodwill has not gone amiss. A public campaign backing the political science lecturer has gathered 80,000 signatures online, while Muslim and Christian community leaders hailed her stance.

"It is an act of human solidarity meant to be rooted in the Christian ideal of compassion - to stand with American-Muslims who are the victims of this current backlash of Islamophobia and anti-Muslim bigotry," Ahmed Rehab, executive director of CAIR-Chicago said in a statement.

Imam Abdul Malik Mujahid, the board chair of the Parliament of the World's Religions, wrote to the college saying her actions were a "tangible act of love and solidarity with her American and global neighbours, at a time when peaceful Muslims are experiencing rising levels of hate, denouncement, and violence".

Both parties have allegedly come to a "mutual and confidential agreement"- which appears to amount to the professor losing her job and the university showing no remorse.
Monday, February 15, 2016
USA