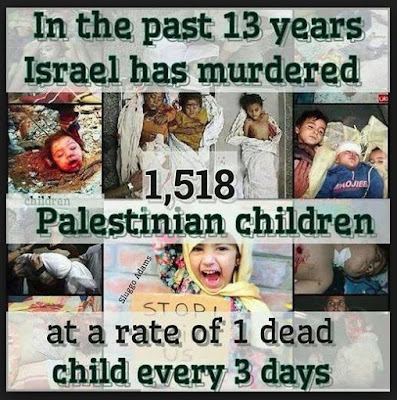 Wonder of wonders! The U.S. State Department has condemned, “in the strongest possible terms,” the stabbing death of American-citizen-turned-Israeli-soldier Tuvya Weisman in a West Bank supermarket.
Let us not underestimate the significance of this pronouncement: now we know that the State Department is capable of condemning violence in the West Bank – when it chooses to.
It’s just the choices it makes that defy understanding.
So – to the American statesmen who have now found their collective voice and discovered the evil of violence, I say this: you have learned to condemn what is repellent in today’s West Bank; that is a good start. Now try condemning a few of the right things.
For instance:
While deploring Tuvya Weisman’s death, condemn also the illegal colony in which he lived on occupied Palestinian land.
While expressing shock at the violence used against him, condemn the IDF brigade in which he fought, notorious for its role in Israel’s West Bank terror campaign in the summer of 2014 that left some 13 Palestinian children dead, nearly 600 West Bank buildings demolished and hundreds of Palestinians detained (largely under false pretenses) during that year alone.
While shedding so many tears over the killing of an IDF soldier, take a moment to mourn the bullets pumped into the bodies of the two young boys, both 14 years old, who stabbed him – stabbed him on their land, please note, which remains illegally occupied by Israeli forces – that left one of them dead and the other badly injured. And maybe, while you’re at it, you could find a reason to mention some of the other Palestinians, many of them children, executed by Israeli forces since October.
Don’t try to tell me the cases are different. You know yourself that they aren’t. Are you so exercised about Tuvya Weisman’s death because he was an American citizen? Then where was your voice when Rachel Corrie, also an American citizen, was crushed to death by an Israeli bulldozer while trying to protect the home of a Gaza doctor from illegal demolition?
Are you genuinely disturbed over the killing of one IDF fighter in a West Bank supermarket? Then why did you justify stocking the Israeli military with still more armaments in the summer of 2014, at the very moment it was pounding Gaza with made-in-America gunships and explosives that killed over 500 children?
Perhaps it troubles you that Palestinian youngsters have grown so desperate that they have begun to fight Israeli warriors with the only weapons they have – knives, stones,scissors? Well, it should. But then, for heaven’s sake don’t condemn the children, who have never known life apart from occupation; condemn the Israeli government for so poisoning the tormented soil of Palestine that it can no longer nurture anything but despair and rage.
Maybe you’re worried that as resistance intensifies more Palestinians will begin to sympathize with such violent measures, making a political settlement more difficult. But if that’s so, why don’t you express the same concern about Israelis and their Jewish apologists, who have overwhelmingly supported the government’s brutal tactics against Palestinians? Where is your voice about the majority of Israeli Jewish respondents in arecent poll who endorsed the on-the-spot assassination of any Palestinian who has attacked an Israeli?
Perhaps you object even to legitimate resistance when it takes the form of violence. Yes, I know: a legal justification of violence renders it no less ugly. But if your concern is driven by compassion and not by hypocrisy, there’s only one honest course: you must turn your anger on the occupier, whose massive military force and lethal intransigenceset the terms of every confrontation between Palestinians and the IDF. Only when the bully stops choking and bludgeoning his victim can the victim justly be asked not to use his fingernails in self-defense.
And amid all the expressions of dismay one hears about Americans going to the Mideast to join militias like ISIS, you might consider a similar outcry against Americans like Tuvya Weisman who fight for an illegal army of occupation in the same region – one thatkills children, attacks hospitals and medical personnel, systematically violates human rights, and enforces the dominance of one religious group over all others.
Your obligation isn’t complicated. You need only free yourself from hypocrisy. Stop condemning Palestinians for resisting the occupation of their land. Instead, condemn the occupation itself. Stop throwing up your hands at desperate Palestinian violence; start recognizing your own complicity in Israeli crimes. Stop lecturing Palestinians not to fight back, and start supporting the unarmed Palestinian resistance that has been growing for years all over the West Bank (which Western governments and mainstream Western media assiduously ignore).
Stop making victims out of the oppressors. Name the true victims. Call the occupiers by their right names.
And then maybe we can take you seriously when you deplore the next violent death in the West Bank.