Home » War » World » A fast growing club: Countries that use drones for killing by remote control

A fast growing club: Countries that use drones for killing by remote control 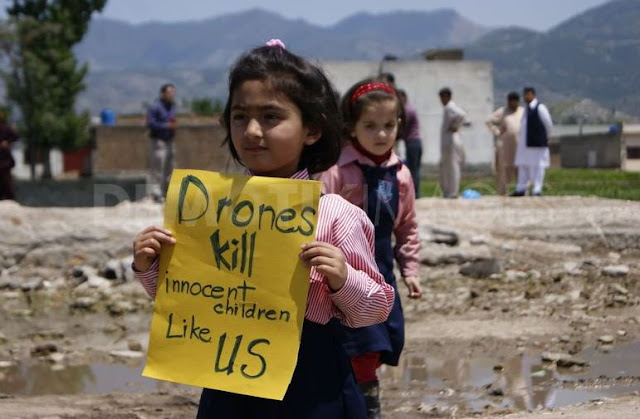 The targeting crosshairs are focused on a dark building, tucked in the trees, when a missile dropped from the wings streaks down and the suspected terrorist base explodes in a fireball.

The grainy video might appear to be another U.S. drone strike, but this was a Nigerian military crew operating a Chinese-built Rainbow drone against Boko Haram, an extremist militia allied with Islamic State, in northeastern Nigeria's remote Sambisa Forest on Feb. 2.

Nigeria thus joined the small but fast-growing club of countries — six so far, including three since September — using armed drones for targeted killing by remote control.

The United States and Britain fly U.S.-made armed MQ-1 Predators or MQ-9 Reapers, and Israel builds its own. But the three newcomers — Nigeria, Pakistan and Iraq — all took advantage of China's growing exports of the unmanned aircraft systems that are reshaping modern warfare.

That worries some military analysts, who see China as undermining U.S. attempts to control a technology that gives poorer countries a relatively inexpensive bombing system that, critics say, lowers the threshold for using lethal force at a distance.

(REALLY!!! Why not call it a defence sysem like te US does!!)

The "efforts to control the spread of drones will be relatively meaningless in the face of China's relative promiscuity when it comes to selling drones," said Sarah Kreps, a Cornell University professor who studies weapons proliferation. "China's drones seem especially attractive to countries that have … been rebuffed by the U.S."

China is "engaged in an ambitious effort" to sell drones in Africa, the Middle East and Central Asia, said Ian Easton, a research fellow at the Project 2049 Institute, which is based in Arlington, Va., and tracks security issues in Asia.

A total of 78 countries now deploy surveillance drones. More than 20, including the six named above, either have or are developing armed drones, according to the New America Foundation, a nonprofit public policy institute in Washington that tracks the industry.