All praise is due to Allaah, Rabb (Cherisher and Sustainer)  of all the worlds. May peace and blessings of Allaah be upon the Messenger, his household and companions.

Brethren is faith! Fear Allaah, turn to Him in repentance and seek for His forgiveness, He will multiply your reward and forgive you your misdeeds.

Fellow Muslims! The best and the perfect condition of man is to be in agreement with Allaah in all that He loves and is pleased with, and in all that He loathes and detests. Man should love what Allaah loves, and hates what He hates. Hating which that Allaah hates cannot however be without firstly having a pure and sincere repentance from all sins, and standing upright in obedience to Allaah and keeping away from forbidden things.

Allaah has made repentance obligatory on all categories of this ummah: those who are foremost in good deeds; those who follow a middle course in acts of worship; and those who wrong their own souls by committing forbidden acts. Allaah says,

“And all of you ask Allaah to forgive you, O believers, that you may be successful.” (An-Noor 24:31)

The Messenger of Allaah said, “O you people! Return to Allaah in repentance and seek for His forgiveness; for I return to Him in repentance 100 times in a day.” (Muslim)

Repentance is a manifestation of human fallibility and imperfection. An adult and sane Muslim cannot do without committing one sin or the other in acts of worship, or an act of forgetfulness or negligence or a mistake or a sin. That was why the Messenger of Allaah said, “By Him in Whose Hand is my soul, if you have not been committing sins, Allaah would have taken you away and brought into existence those who would be committing sins,  and they would seek for His forgiveness and He would forgive them.” (Muslim) 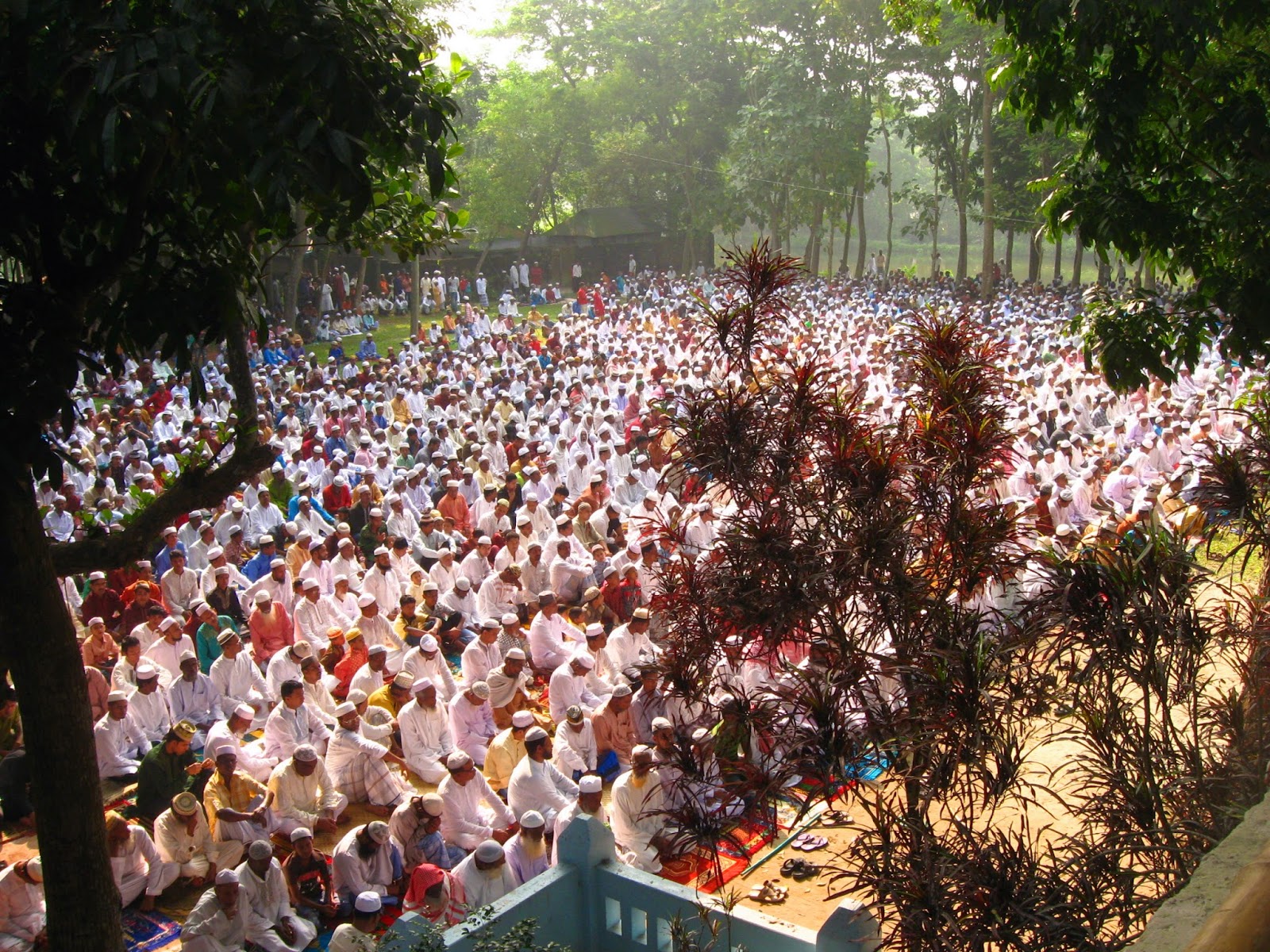 Among the attributes of Allaah is that He accepts the repentance and is happy with that, out of generosity and kindness. He says,

“And He it is Who accepts repentance from His slaves and forgive sins, and He knows what you do.”  (As-Shooraa 42:25)

The impacts of the beautiful Names of Allaah also manifest in the universe. The attributes: the One Who accepts repentance, Most Merciful necessitate the existence of a repentant creature who can receive mercy, just as the Names: the Creator and the Sustainer imply the existence of the created and the sustained. All other Names of Allaah are like that. They so entail His great Attributes that their impacts are seen on the creation. It is therefore incumbent on man to carry out the obligation of repentance at all time, for it is Allaah Who accepts the repentance and gives reward for it; and He magnifies that reward and removes the sins.

Repentance is one of the highest degrees of servitude to Allaah possessed by the Prophets and Messengers as well as the pious slaves of Allaah. Allaah says, about Prophet  Ibraaheem,

“Verily, Ibraaheem was without doubt, forbearing, used to invoke Allaah with humility, and was repentant (to Allaah all the time again and again).” (Hood 11:75)

“Allaah has forgiven the Prophet, the emigrants (from Makkah) and the Ansaar (the Muslims of Al-Madeenah) who followed him in the time of distress (Tabook expedition) after the hearts of a party of them had nearly deviated (from the Right Path), but He accepted their repentance. Certainly, He is unto them, Full of Kindness, Most Merciful.” (At-Tawbah 9:117)

He also said about Prophet Moosaa,

Allaah the Exalted also mentions repentance as one of the qualities of true believers who have sold their souls and wealth for Paradise. He says about them,

“Then rejoice in the bargain which you have concluded. That is the supreme success. (The believers whose lives Allaah has purchased are) those who turn to Allaah in repentance, who worship (Him), praise (Him), who fast (or go out in Allaah’s cause), who bow down in prayer, who prostrate themselves in prayer.” (At-Tawbah 9:111-112) 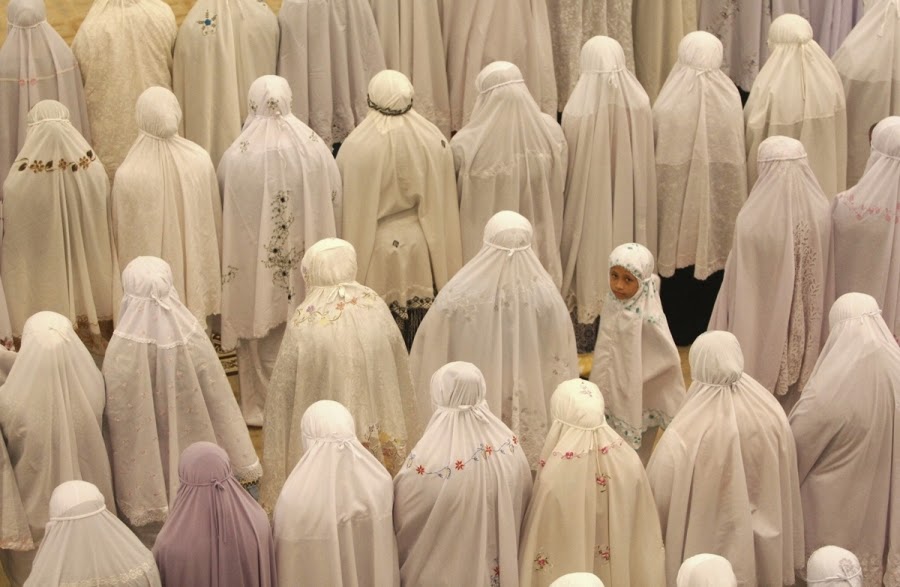 The blessings of repentance are reaped in this world and the Hereafter as well. The reward of repentance includes purification of the hearts, erasure of sins and multiplication of good deeds. Allaah says,

“O you who believe! Turn to Allaah with sincere repentance! It may be that your Rabb (Cherisher and Sustainer) will expiate from you your sins and admit you into Gardens under which rivers flow  on the Day that Allaah will not disgrace the Prophet (s.a.w.s.)  and those who believe with him. Their light will run forward before them and (with their records of deeds) in their right hands. They will say: Our Rabb! Keep perfect our light for us and grant us forgiveness. Verily, You are Able to do all things.”  (At-Tahreem 66:8)

Among the reward of repentance is a good life under the shade of eemaan, contentment and peace of mind. Allaah says,

“Seek forgiveness of your Rabb (Cherisher and Sustainer), and turn to Him in repentance, that He may grant you good enjoyment for a time appointed, and bestow His Grace to every one who deserves grace.”  (Hood 11:3)

Of the rewards of repentance also is obvious blessings from the heavens and on the earth, blessings in productions and children, health in body and protection against calamities. Allaah says about Prophet Hood and his people,

“(Hood told them): ‘O my people! Ask forgiveness of your Rabb  and repent to Him, He will send you (from the sky) abundant rain, and add strength to your strength, so do not turn away as criminals.” (Hood 11:52)

If al-Istighfaar (seeking for forgiveness) is mentioned in isolation from repentance, it includes repentance. Repentance is success and victory as well as safety from all sorrows. Allaah says,

“But for him who repented, believed and did righteous deeds, then, he will be among those who are successful.”  (Al-Qasas 28:67) 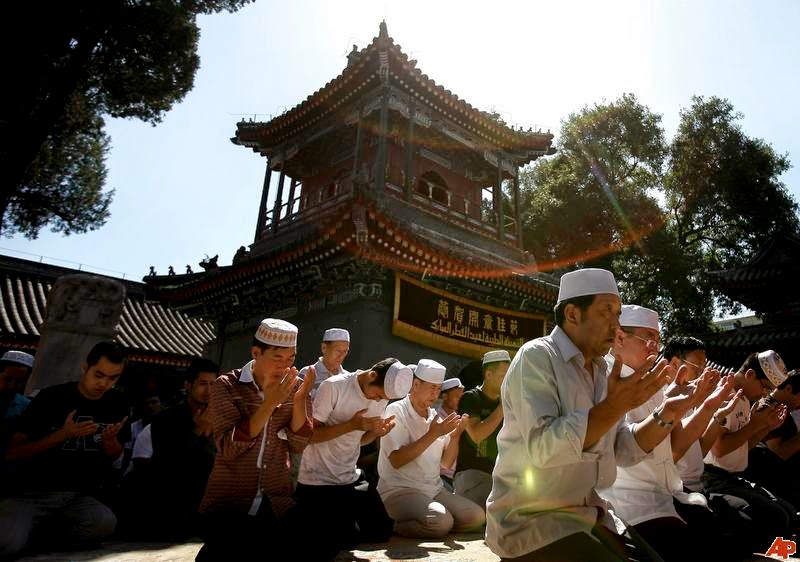 Brethren in faith! Allaah is happy about the repentance of His slave out of kindness to and honour for him. The Messenger of Allaah said, “Allaah is indeed happier with the repentance of His slave when he turns to Him in repentance than a man among you who was on his camel in a waterless desert, whose camel escaped with his food and drink. Having lost all hope of finding it, he retreated to the bottom of a tree and slept off. He woke up and suddenly found his camel standing before him. He took hold of its rein and exclaimed out of excessive joy, ‘O Allaah! You are my slave and I am Your Rabb (Cherisher and Sustainer). ’ He made a mistake out of an excessive joy.”

Allaah the Exalted has also called to repentance the greatest of all the people in committing shirk, those who call Prophet ‘Eesaa the son of Allaah. He urges them,

“Will they not turn in repentance to Allaah and ask for His forgiveness? For Allaah is Oft-Forgiving, Most Merciful.” (Al-Maaidah 5:74)

He also opens the door of repentance for the hypocrites who are the worst of all people when He says,

“Verily, the hypocrites will be in the lowest depth of the Fire; no helper will you find for them. Except those who repent (from hypocrisy), do righteous deeds and purify their religion for Allaah.” (An-Nisaa 4:145-146)

The Messenger of Allaah said, “There was a man among those who were before you who have killed a hundred persons. He asked a religious scholar whether there was still a chance of repentance for him. The scholar answered in affirmative. The angels of mercy then took away his soul and Allaah forgave him.” (Al-Bukhaaree)

Repentance means turning to Allaah, abandoning the sin, abhorring it and regretting one’s negligence in acts of worship.

Imaam An-Nawawee said, “Repentance is obligatory. If the sin committed against Allaah, there are three conditions for its repentance: (1) to abandon the sin right away, (2) to regret having committed it and (3) to determine never to do it again. If any of these three conditions is absent, the repentance will be invalid. If the sin is however committed against a human being, the conditions for its repentance are four; the above-mentioned three and the fourth is to free oneself from the rights of the offended man by giving back the money or similar thing to its rightful owner. If he has falsely accuse someone of fornication for instance, he should ask the victim to pardon him or give him the opportunity to avenge; if it is backbiting, he should also seek for the victim’s pardon. A Muslim repents from all sins. If he however repents from some sins, his repentance from those particular sins will be valid and his other sins shall  remain recorded against him. 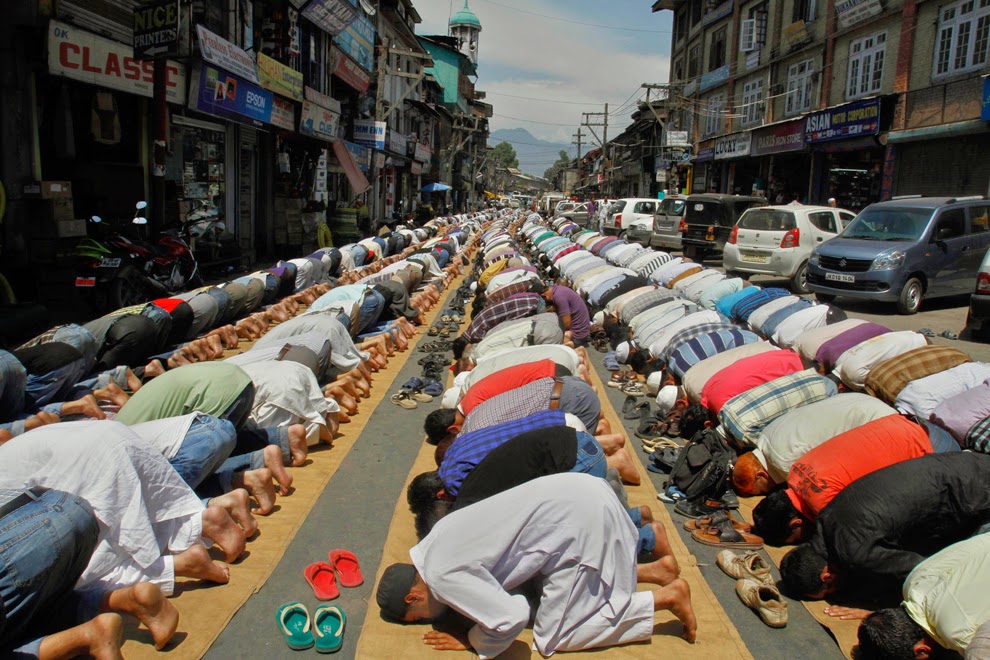 Brethren in Islaam! Repentance is an obligatory act that must be done at all times and it is more compulsory in some honourable times and places. It is more compulsory after committing any sin, after doing any good deed, when one reaches the age of forty and when one is going to bed so that one will not die without having repented. Allaah says,
“O you who believe! Let not your properties or your children divert you from the remembrance of Allaah. And whoever does that, then they are the losers. And spend in charity of that which We have provided you before death comes to one of you, and he says ‘My Rabb (Cherisher and Sustainer) ! If only you will give me respite for a little while, then I should give Zakaah of my wealth and become among the righteous. And Allaah grants respite to none when his appointed time (death) comes. And Allaah is All-Aware of what you do.” (Al-Munaafiqoon 63:9-11) 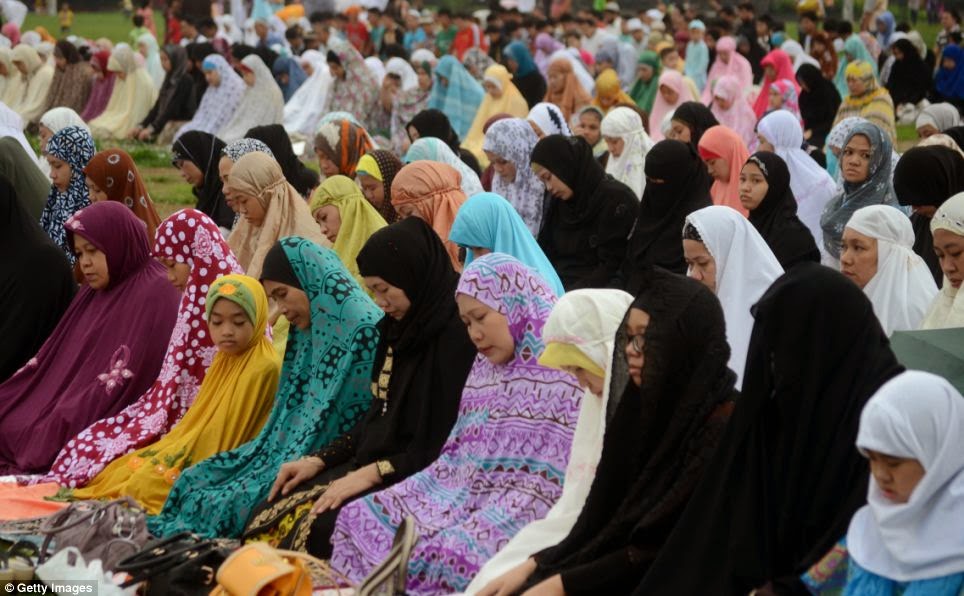 Fellow Muslims! Allaah says,
“And turn in repentance and in obedience with true faith to your Rabb (Cherisher and Sustainer)  and submit to Him before the torment comes to you, and then you will not be helped. And follow the best of that which is sent down to you from your Rabb (Cherisher and Sustainer)  before the torment comes on you suddenly while you perceive not. Lest a person should say, ‘Alas, my grief that I was undutiful to Allaah and I was indeed among those who mocked (at the truth). Or lest he should say, ‘If only Allaah had guided me, I should indeed have been among the pious. Or lest he should say when he sees the torment, ‘If only I had another chance, then I should indeed be among the righteous.” (Az-Zumar 39:54-58)

Brethren in faith! The Muslim ummah is in dire need of repentance especially in these days that they are suffering from different kinds of hardship. They seriously need to turn to Allaah in repentance in order to attain Allaah’s mercy and to win victory over their enemies. For Muslims have no way out of their difficulties except through sincere repentance. In a Qudsee hadeeth, the Prophet (s.a.w.s.)  narrated that Allaah (s.w.t.) says, “ I will be to My slave as he thinks of Me. Whoever remembers Me in his heart, I will also remember him. Whoever mentions Me among a group, I will mention him among a better group; whoever moves closer to Me an inch, I will move closer to him an arm’s length and whoever comes to Me walking, I will come to him running.” (Al-Bukhaaree)