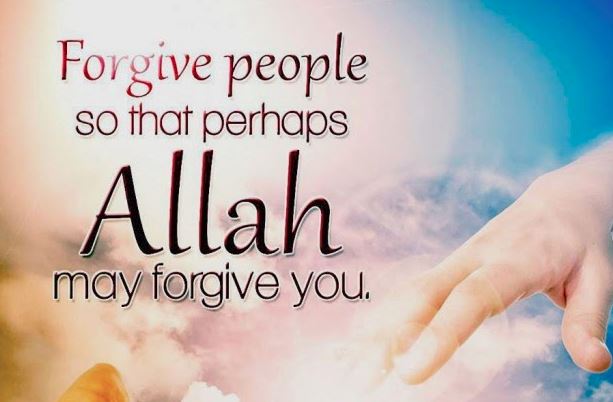 All praise is due to Allaah, Rabb (Cherisher and Sustainer) of all the worlds, may peace and blessings be upon the Messenger of Allaah, his household and companions.


Dear Muslims! The greatest blessing that Allaah bestowed on mankind is His sending of Muhammad – peace and blessings be on him – with a pure religion that brings all good to mankind and protects them from all that is evil through its principles of justice, brotherhood, freedom and peace.

Brothers in Islaam! The faith that the Prophet Sallallahu ‘alayhi wa sallam (s.a.w.s.) established its pillars is the source of all good and felicity for those who follow its guidance. This  faith is the pure tree with ripe and everlasting fruits. Allaah says,

“See you not how Allaah set forth a parable? – A goodly word as a goodly tree, whose root is firmly fixed and its branches (reach) to the sky. Giving its fruits at all times by the leave of its Rabb (Cherisher and Sustainer)…”  (Ibraaheem 14: 24)

Islaam is the treasure of all good for mankind without which they will go astray and live in misery and loss. Allaah says,

The Islaamic creed with which the Prophet Muhammad (s.a.w.s.) was sent is the bringer of all good and prosperity and the preventer of all evil and its causes. Whoever adheres to it will ever remain on the straight path. He will not be carried away by whims nor deceived by the beauties of this world. Allaah says,

“Then whenever there comes to you guidance from  Me and whoever follows My guidance, there shall be no fear on them , nor shall they grieve.” (Al-Baqarah 2: 38)

Brothers in faith! Only through true faith can man know his appropriate place and march on the path marked for him with light and sure knowledge. He will follow only the right guidance and live his life in righteousness in line with his pure nature and clean conscience far from ugly deeds and behaviors.

Fellow Muslims! The impact of faith is great in the mind and its fruits are wonderful. Apart from its purification of the heart and developing it, it is also an infinite living treasure. It gives man power, perseverance, firmness, peace of mind and hope in this world where there is unending war between truth and falsehood; good and evil, it gives absolute security, complete guidance and perfect light. Allaah says,

Whoever lives in the vastness of faith, holds fast to its strong rope and follows its illuminating light by living a life that will make him understand the infinite wisdom of Allaah, His vast Mercy, His past laws and His Divine Power. That will then give him peace of mind, because he will know then that whatever good that comes his way has already been predestined for him and that whatever calamity that he suffers has also been predestined for him. He will have no doubt nor worries but march on with firm step towards his virtuous goals.

True faith gives man certainty, confidence and power to persevere. IF he is in bliss, he will not be arrogant, but will rather praise his Rabb (Cherisher and Sustainer) and thank Him and if he is afflicted with calamity, he will not despair, but will rather have patience and be satisfied with his fate. This is because he exemplifies his faith with clarity and power of will, and derives his power of forbearance during hardship from it. Nothing will then be able to divert him from his faith and his seeking for the pleasure of his Rabb (Cherisher and Sustainer). He will rather increase in purity, sincerity, truthfulness, patience and firmness. The Messenger of Allaah said, ‘The affair of a believer is wonderful; all his affairs are good for him and that is for none except the believer. When he gets a bliss he thanks Allaah for that, and that is good for him and when a calamity befalls him, he is patient and that is also good for him.’ (Muslim)

Brothers in Islaam! A nation that is governed by the Islaamic creed and its life is controlled by the realities of faith is a powerful nation in itself; a nation that has a natural immunity that enables it – with permission of Allaah – to overcome all hardships and trials; and prevent its children from being affected by despair during calamities. It will rather be a nation that calamities and trials only increase it in good, reform and constructive life. It is actually a nation that has passed through all kinds of tribulations in its long history. If any other nation were to have a similar experience, it would have disappeared from the pages of history. Yes, it is a nation that has been promised a clear victory.

“Allaah has promised those among you who believe and do righteous good deeds that He will certainly grant them succession (to the present rulers) in the earth as He granted it to those before them and that He will grant them the authority to practise their religion, that which He has chosen for them (i.e. Islaam). He will surely give them in exchange a safe security after their fear (provided) they worship Me and do not associate anything (in worship) with Me.”  (An-Noor 24: 55)

Brothers in faith! Abandoning the pleasant source of faith, its realities and light of Islaam cause dangerous crises. perpetual darkness and a life that is devoid of happiness or bliss. Allaah says,

“But whoever turns away from My reminder, verily, for him is a life of hardship and We shall raise him up blind on the Day of Resurrection.”  (Taahaa 20: 124)

The winds of evils that blow among mankind these days as well as wars and instability are all a result of keeping away from the divine path. true faith and the correct concept of freedom and equality. Allaah says,

“And transgress not the limits. Truly Allaah likes not the transgressors.”  (Al-Baqarah 2: 190)

Therefore as long as the life is not based on the foundation laid by the Creator, as long as the wise men of the world do not fully recognise sources of evil and as long as the solution to the worlds problems is not based on comprehensive justice and common-sense, there will never be any visible end to wars and the ship of this world will not find its way to the port of peace – regardless of efforts exerted towards this goal.

Fellow Muslims! Some world communities are afflicted with some calamities. The frightening danger does not lie in these incidents but in the methods taken to face the problem and overcome it. Common-sense should be used in tackling them and proper steps should be taken to avoid their reoccurrence. Investigation should be adequately made and conclusions should not be hastily drawn in order to avoid more severe consequences. Allaah says,

“O you who believe! If a rebellious evil person comes to you with a piece of news, verify it, lest you harm people in ignorance and afterwards you become regretful for what you have done.” (Al-Hujuraat 49: 6)

The Messenger of Allaah said, “Deliberateness is from Allaah, while haste is from Satan.”

Brothers in faith! Muslims nowadays are passing through difficult situations and they are surrounded by dangers that threaten their very existence. They are therefore looking towards better conditions. However, there is a fact that should be clear to everybody: this community of ours has a special nature that distinguishes it from other people; that is its belief which is based on total and complete submission to Allaah, the Exalted.

It is this very belief and action according to its injuctions – in all spheres of one’s life that can guarantee the much desired peace and security. Allaah says,

Therefore, there is no way for this Ummah (nation) out of its present predicaments except by faithfully returning to Allaah, adhering truly to the sunnah of the Prophet (s.a.w.s.)  and being sincere towards its religion inwardly and outwardly. There is no way out except by loving Allaah and his Messenger with all the hearts and abiding by His law in governance and arbitration and in all matters of life. Allaah says,

“Has not the time come for the hearts of those who believe to be affected by Allaah’s reminder and that which has been revealed of the truth, lest they become as those who received the Scripture (the Torah and Gospel) before (i.e. the Jews and the Christians) and the term was prolonged for them and so their hearts were hardened? And many of them were rebellious, disobedient (to Allaah).” (Al-Hadeed 57: 16)

O journalists! The obligation of the mass media is to understand its role. The mass media should build and not destroy; correct and not damage. It should be occupied with issues of high importance not trivialities. Let it be an avenue for guiding the Muslim children to their religion and actions that lead towards unity of Muslims, sincerity to this great religion, serving and defending it faithfully.

“And who is better in speech than he who invites men to Allaah’s (religion) and does righteous deeds and says I am one of the Muslims.” (Fussilat 41: 33)