Worship is an indispensable part of all religions. It is motivated in each religion by different objectives, assumes different forms and is performed under different set of rules.

In some religions worship is a means to develop in man the attitude of harshness and isolation from life. In these religions , Ibadah or worship , seeks to develop a mentality which makes the enjoyment of the pleasures of this world as hateful and sinful thing. There are also other religions which designate certain places for the sake of worship and prohibit its performance at any other place. There are also religions where worship can be performed only under the leadership of the ordained priests or monks. Therefore, people may perform worship under the leadership of priests and only at the place devoted for it.

As Muslims, we say every time we pray while reciting Al-Fatiha " You alone we worship . Our Salah is part of our Ibadah to Allah. Ibadah according to Islam , is a mean for the purification of man’s soul and his practical life of sin and wickedness.

In Islam, the concept of worship is related to its fundamental view that the true foundations of a good life are soundness of belief and thinking, purity of soul, and righteousness of action.

Through Tawheed, or the belief in the oneness of God , Islam seeks to cleanse human intellect of the filth of idolatry and superstitious conceptions.

Islam fights against idolatry and polytheism in whichever forms and to whatever extent they may be found. For example, Islam does not permit the performance of Salah in front of a tomb, nor does it permit a person to swear in the name of anyone except Allah.

When Caliph Omar saw that some Muslims began to sanctify the tree under which the Companions had pledged to lay down their lives in the way of Allah on the occasion of Hudaybiyah, he had it cut down because he feared that the sanctification of that tree might corrupt the beliefs of the people. 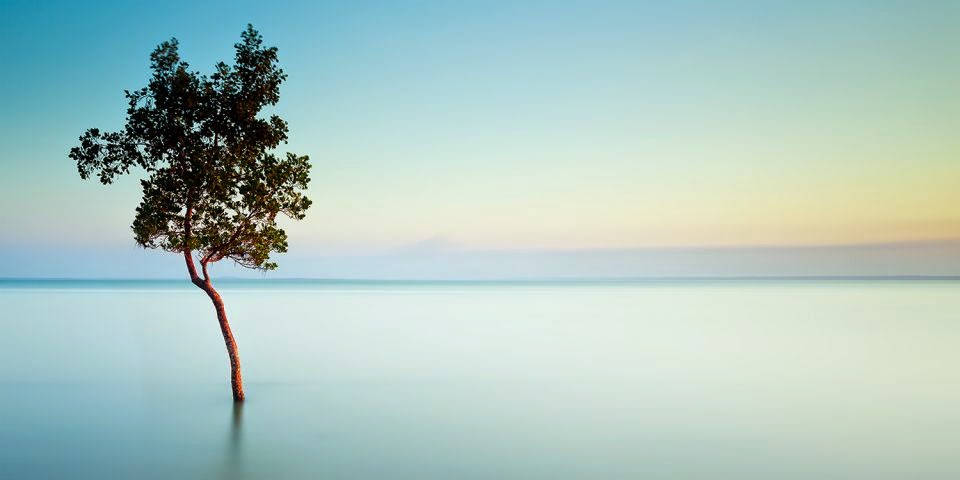 Worship in Islam has distinctive characteristic features which are as follows:

Religious scholars in Islam are not intermediaries between man and God nor they are considered to be entitled to accept or reject acts of worship on behalf of God. They are equal to ordinary human beings in the sight of God.

Rather, they have been burdened with the additional duty of providing knowledge to those who lack knowledge. They will be deemed guilty if they hold knowledge back from those who seek it.

The Islamic Shariah does not impose the domination of religious scholars on the rest of the people. The function and the duty of Allah said to the Prophet:

The Prophet also said to his own daughter Fatima: O Fatima , daughter of Muhammad: I shall be of no help to you before Allah.

This shows that all human beings stand on a footing of complete equality before God.

Not confined to specific place

Secondly, Islam not only liberated man’s Ibadah from the bondage of intermediaries; it also liberated it from confinement to specific places. Islam regards every pure place as good enough for the performance of worship whether the place is one’s home, office, in an airplane, the board of a vessel, or a mosque.

The Prophet has expressed this idea beautifully when he said:

"The whole earth has been rendered for me a mosque-pure and clean."

Thirdly, Islam has considerably widened the scope of worship.

It is not confined to specific prayers and litanies or chants which are to be performed on particular occasions.

Islam considers every virtuous action which has been sincerely performed and with the view to carry out the commandments of Allah and in order to seek His Pleasure , an act or worship which will be rewarded. Eating , drinking, sleeping and enjoyment of innocent recreation and even those worldly actions which satisfy man’s physical needs and sensuous pleasures become acts of worship provided they are performed with true religious motives. 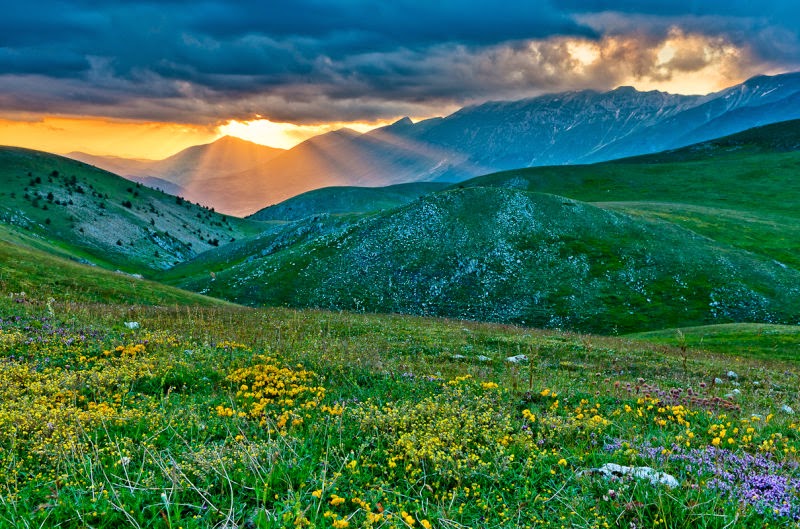 It is an act of worship to strengthen one’s body by providing it with proper nourishment and care.

The Prophet said in this regard : "A strong believer is better and dearer to Allah than a believer who is weak."

In other words, the actions which are part of worldly life could be turned into acts of devotion and worship simply by pure motives and sincere intention to obey Allah and please Him.

Thus, it is possible that a man should advance spiritually even while he is fully enjoying the pleasures of worldly life. The reason is that during all this enjoyment his heart is directed to Allah.

His actions are righteous, his intentions are pure. This will enable him to remain perpetually in the state of submission, obedience and devotion to Allah even during his working pursuits --- and that is the very essence of worship.


Why is it that the scope of worship is so wide in Islam?

There is a profound wisdom and a important reason for this.

Islam wants man’s heart to remain in perpetual closeness with his Lord .Islam wants man also to observe constant vigilance over his desires so that his life may become a source of his welfare in the life to come as the Quran says :

"Seek with the wealth which Allah has bestowed on you, the Home of Hereafter , and forget not your portion of this world." 28/77

Good intentions prevent man from forgetting Allah. They change acts of habit into acts of worship. Good intentions create a world of difference in human life . There are people who eat and drink and satisfy their desires and enjoy the pleasures of life.

Their actions are motivated only by the gratification of animal desires There are also other people who satisfy their desires and enjoy the pleasures of life , but the actions of those people are motivated by noble intentions. The motive behind all their actions is to live in compliance with the Will of God.

The difference between the two groups is obviously so great. While one is always mindful of God and remembers Him , the other is altogether negligent . It is this that makes the former a pious, worshipful being, and the latter a heedless, self indulgent animal. About this kind if people the Quran says:

"Those who disbelieve , enjoy this world and eat as the cattle eat And the Fire will be their abode (habitation)." 47/12 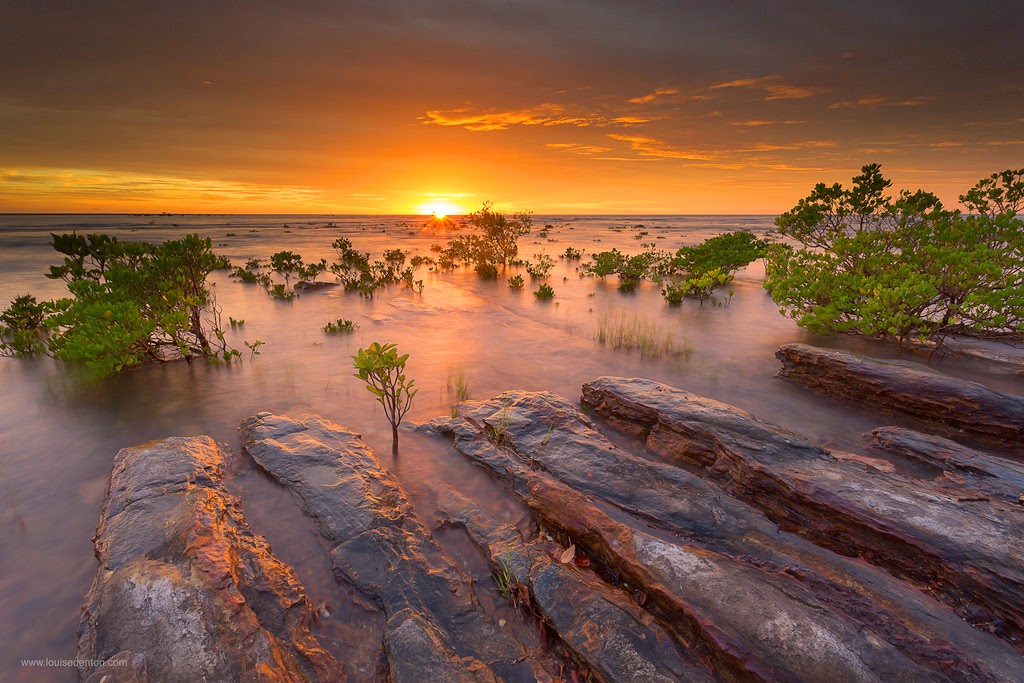 Islam seeks to elevate humanity to a place which befits its dignity and status. This is the Islamic philosophy of worship.

We all know that there are specific rituals and obligatory acts of worship in Islam such as Salah, Zakah , Siyam and Hajj. We also know that Islam has widened the scope of worship to include every virtuous action which is sincerely performed in compliance with the commandments of Allah and in order to seek his pleasure. However, this concept is sometimes used as a pretext to support the erroneous view that the obligatory rituals of worship can be dispensed with , or that they are not very important.

For example , one may say that the code of dress for Muslim women , as specified in the Quran and the Sunnah, is not obligatory or important as long a woman dresses decently.

The truth is quite contrary to this. The specific obligatory rituals are the chief means for strengthening our attachments with Allah. It is absolutely misconceived view to imagine that true faith does not consist of specific rituals , and that the basis of true faith is merely purity of heart, goodness of intention and soundness of conduct.

This represents misrepresentation of Islamic teachings. The intention to do good alone does not mark off the true men of faith from the rest. Religion, after all, has an external aspect in the same way as it has an internal aspect. This attitude of deliberate disregard of ritual obligations is destructive of the very foundations of religion. For if that viewpoint to be adopted, every one, even those who are in fact opposed to religion could claim to be the best of all worshipers.

The real purpose of Islam in declaring that Ibadah embraces the total life of man is to make faith play a practical and effective role in reforming human life, in developing in man an attitude of dignified patience and strength in the face of hardships and difficulties and in creating in him the urge to strive for supremacy of good and termination of evil.

Islam is opposed to those defeatist and isolationist philosophies which are based on world-renunciation, on resignation from the resources of life, on withdrawal from the life of action and struggle, on sheer stagnation and decadence.

These things have nothing to do with Islam. They are the symbols of defeatism and escape from the struggle of life. For life requires strength, material resources and active habits .