Home » Islamic » A Heart That Feels For All

A Heart That Feels For All

The problems and worries besetting Muslims often seem so enormous, complex and inter-connected that there just does not seem any way out. Solutions offered by experts and well-meaning people seem sketchy or impractical. Still, the range and enormity of our problems is no excuse for inaction. Staying paralyzed is no way to conquer the tall mountain looming ahead. We have to start scaling the mountain the only way we can take one step at a time. Every step, however small, however simple, is one step closer to the goal, InshaAllah.

What is the one small step we could take to restore faith in the universal principle of justice for all and in creating an environment that not only treats everyone with respect & dignity but offers equal safety and protection?  In the aftermath of recent mayhem in US, Afghanistan & the ongoing slaughter in the Occupied Lands of Palestine, these are concerns that mock us, fears that agitate us, despair that threatens us all. One solution, and it is not "the" solution, is small and a simple one, "a heart that feels for all"!

When the world becomes a seething cauldron of blood and hate, conscientious people must lead the voice of justice and reason and uphold the timeless rule of "speak the truth". This must be done not to demonstrate valor, but as a matter of duty. Our allegiance is only to the One Creator of all, and our duty is to "proclaim the good and forbid the evil". Far from being rewarded for proclaiming good and forbidding evil, one must expect punishments from detentions to life threats. The degenerated culture of double-standards justify baseless accusations and secret detentions to those calling for justice and reason. And when these honorable people are detained or threatened, we again respond with our predictable insouciance and without an outrage. 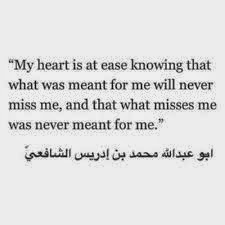 Why? Why cannot we, the so-called enlightened citizens, erect a wall of protest making it impossible for expedient politicians to push through such arbitrary and unjust laws? The way politicians today blatantly use and abuse the constituents as lackeys is appalling. Even worse is the brazen impunity with which the injustices are done and without any accountability. If citizens do not band themselves into vigorous, active lobbies to stop such offensive actions of the political establishment, legal bandits also known as armed agents will be at your doorstep soon.

The biggest mistake is to assume bad things happen to other people in other places. If this curse is not stopped today, tomorrow it will be stones smashing through your window, your daughter's being handcuffed or shot at and your son being bulldozed alive. There will not be a Suraida Saleh or a Mohammad Durra (may their souls rest in peace) to save you because when they were being kicked out and shot at, you did nothing.

Humanity's greatest strength is that despite much that goes wrong in the world, the glimmers of hope lies in your action and not in-action!