Home » Islamic » Palestine » World » A Christian's Prayer to which we can say: 'Amen.'

A Christian's Prayer to which we can say: 'Amen.'

When Minister Joe Wright was asked to open the new session of the Kansas Senate, everyone was expecting the usual generalities, but this is what they heard:

"Heavenly father, we come before you today to ask your forgiveness and to seek your direction and guidance. We know Your Word says "Woe to those who call evil good," but that is exactly what we have done. Yes, there are those in government who have lead us astray by calling evil good! We have lost our spiritual equilibrium and reversed our values. We confess that and we ask your help to change that. We have ridiculed the absolute truth of Your Word and called it pluralism. In fact, we have perverted the truth by calling some evil things good.

We have killed our unborn and called it choice, AND we have killed hundreds of thousands of Iraqi born and unborn children and called it "worth it" instead of genocide (so said Secretary of State Albright) and "Doing God's work" (George Bush Sr.) - we know in our hearts that you really do not need a puny human to do Your Work, Father , and. We have shot abortionists and called it justifiable.

We have neglected to discipline our children and called it building self-esteem, We have abused power and called it politics, and we have been selective in recognising crimes against humanity, calling it good one time and evil another time, depending upon the country doing it and ignoring our own crimes against humanity, and we have coveted our neighbor's possessions and called it ambition, And we have trapped the American taxpayer, people of all religions, into subsidizing theft of land through murder, deceit, greed and lust for a neighbor's possessions, racism and bigotry by the apartheid state policies of Israel so that all Americans have become a party to actions that are considered criminal in the United States - and called this evil good and said YOU God, did it ! 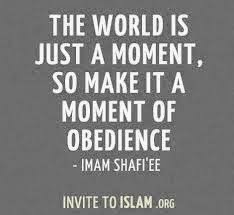 We have polluted the air with profanity and pornography and called it freedom of statement, and we have quited the voices of descent by calling them anti this or anti that, and We have ridiculed the time-honored values of our forefathers, some of whom (George Washington) warned us not to become entangled in a foreign government, and called it enlightenment. Search us, Oh, God, and know our hearts today; cleanse us from every sin and set us free from the evils of government policies that turn all of us into criminals.

Guide and bless these men and women who have been sent: to direct us to the center of Your will so that they can say NO to the evils of AIPAC when it comes knocking with bribe money to inluence them to lie to all their constituents that Israel is a friendly ally, the only democracy in the Middle East and is culturally and historically close to us so that we are being blinded to the crimes we are being forced to accept. (A true democracy does not discriminate against those of a different religion and a friendly ally does not reward spies with praise and money)"

The response was immediate. A number of legislators walked out during the prayer in protest. In 6 short weeks Central Christian Church, where Rev. Wright is pastor, logged more than 5000 phone calls with only 47 of those calls responding negatively.

The church is now receiving international requests for copies of this prayer from India, Africa, and Korea.

Commentator Paul Harvey aired this story on his radio program, "The Rest of the Story", and received a larger response to this program than any other he has ever aired.

With the Lord's help, may this prayer sweep over our nation and wholeheartedly become our desire so that we again can be called ,"One Nation Under God". If possible, please pass this prayer on to your friends. Think about this: If you forward this prayer to everyone on your e-mail list, in less than 30 days it would be heard by the world.
Wednesday, August 13, 2014
Islamic, Palestine, World