Ramadan is a glorious month wherein Almighty Allah is constantly testing His creation and giving humanity the opportunity to achieve infinite, endless bliss and forgiveness from the Fire. Fasting is a spiritual and physical purification, if done in accordance with the Quran and Sunnah, and a means to developing consciousness of Allah presence. This consciousness of Allah (Taqwa) is a protection against the scheme of Shaitan. Allah Almighty has informed us that, "Whoever keeps his duty to Allah (having Taqwa), He ordains a way out for him, and gives him sustenance from whence he imagines not. And whoever trusts in Allah, He is sufficient for him. Surely Allah attains His purpose. Allah has appointed a measure for everything. 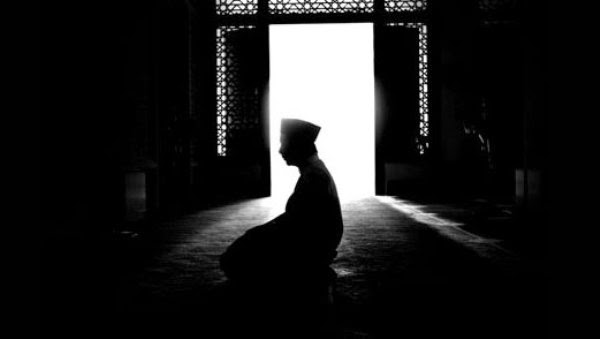 Many Muslims today have a misconception of fasting and the activities of a fasting person. They go into a state of semi-hibernation spending the whole of daylight hours in bed at home. If they fear Allah, they wake up for Salah but then return to sleep immediately. Others spend some of their hours awake, but become lazy, dull witted and often cranky. Ramadan is actually a time of increased activity wherein the believers, lightened of the burden of constant eating and drinking, become more willing to strive and struggle for Allah. The Prophet (pbuh) passed through approximately nine Ramadans after the Hijrah. They were filled with decisive events and left us a shining example of sacrifice and submission to Allah.

In the first year after the Hijra the Prophet (pbuh) sent Hamza ibn Abdul Muttalib with thirty Muslim riders to Saif Al Bahr to investigate three hundred riders from Quraish who had camped suspiciously in that area. The Muslims were about to engage the disbelievers but they were separated by Majdy ibn Umar Al Juhany. The Hypocrites of Madina hoping to oppose the unity of the Muslims, built their own Masjid (called Masjid Ad-Dirar). The Prophet (pbuh) had the Masjid destroyed in Ramadhan. In the third year A.H., on the seventeenth of Ramadan, Allah Almighty separated truth from falsehood at the Great Battle of Badr. The Prophet (pbuh) and 313 of his companions set out to intercept a caravan of their own goods that had been left in Mecca, led by Abu Sufiyan and estimated at 50,000 dinars. They were met, instead, by a well-equipped army led by the nobility of Quraish and intent on putting out the light of Islam. Despite being outnumbered three to one and appearing weak and unseasoned, they were strengthened by the burning desire to protect the Prophet and meet their Lord. Allah gave them a decisive victory on this never to be forgotten day of Ramadan.

In the 6th year A.H., Zaid ibn Haritha was sent to Wadi Al Qura at the head of a detachment to confront Fatimah bint Rabiah, the queen of this area. Fatimah had previously attacked a caravan led by Zaid and had succeeded in plundering its wealth. She was known to be the most protected woman in Arabia, as she hung 50 swords of her close relatives in her home. She showed open hostility to Islam, and was killed in a battle against the Muslims in the month of Ramadan.

By Ramadan of the 8th year A.H., the treaty of Hudaibiya had been broken, the Muslim armies had engaged the Byzantines in the North. Muhammad (pbuh) felt the need to strike a fatal blow to disbelief in the Arabian Peninsula and conquer the city of Makkah. Allah had declared his Sanctuary a place of peace and security and religious sanctity. Now the time had come to purify the Kaabah of nakedness and abomination. The Prophet set out with an army having more men than Madinah had ever seen before. People were swelling its ranks as it moved toward Mecca, and the determination of the believers guided by the Will of Allah became so awesome that the city of Mecca a was conquered without a battle, on the 20th of Ramadan! This was one of the most important dates in Islamic History. Islam was firmly entrenched in the Arabian Peninsula. During the same month, in the same year after smashing the idols of Mecca, detachments were sent to the other major centers of polytheism and Al-Lat, Manat and Suwa, some of the greatest idols of Arabia were destroyed.

Such was the month of Ramadan in the time of the Prophet (pbuh), a time of purification, enjoining good, forbidding evil, and striving hard with their life and wealth. After the death of the Prophet (pbuh), Muslims carried on this tradition and Allah used the true believers to affect the course of history. Ramadan continued to be a time of great trials and crucial events.

Ninety-two years after the Hijrah, Islam had spread across North Africa, Iran, Afghanistan, and Turkey. Spain was under tyrannical rule of the King Roderic of the Visigoths who forced his six million serfs and persecuted Jews to seek the aid of Muslims of North Africa in order to be delivered. Musa ibn Nusair, the governor of North Africa responded sending his courageous general Tariq ibn Ziyad at the head of 12,000 Berber and Arab troops. In Ramadan of that year, they were confronted with a combined Visigoth army of 90,000 Christians led by Roderic himself, seated on a throne of ivory, silver and precious gems and drawn by white mules. After burning his boats, Tariq preached to the Muslims warning them that victory and Paradise lay ahead of them but defeat and the sea lay to the rear. They burst forth with great enthusiasm and Allah manifested a clear victory over the forces of disbelief. Not only was Roderic killed and his forces completely annihilated, but Tariq and Musa liberated the whole of Spain, Sicily and parts of France. This was the beginning of the Golden Age of Al Andalus where Muslims ruled for over 700 years.

In the year 582 A.H., Salahuddin Al Ayyubi after battling with the Crusaders for years, finally drove them out of Syria and the whole of their occupied lands in the month of Ramadan. But the Muslim world was still to meet another great challenge. In the 7th Century A.H., the Mongols were sweeping across Asia destroying everything that lay in their path. Genghis Khan called himself "the Scourge of God, sent to punish humanity for their sins." In 617 A.H. Samarkand, Ray and Hamdan were put tot he sword causing more than 700,000 people to be killed or made captive. In 656 A.H. Hulagu, the grandson of Genghis Khan, continued the destruction until even Baghdad, the leading city in the Muslim world, was sacked. Some estimates say that as many as 1,800,000 Muslims were killed in this awesome carnage. The Christians were asked to eat pork and drink wine openly, and the surviving Muslims were forced to participate in drinking bouts. Wine was sprinkled in the Masjids and no Athan (call to prayer) was allowed. In the wake of such a horrible disaster, and the threat of the whole Muslim world and Europe being subjected to the same fate, Allah raised up from the Mamluks of Egypt Saifuuddin Qutuz who with the combined Muslim army met the Mongols at Ain Jalut on the 25th of Ramadan 658 A.H. Under great pressure, the Muslims with the help of Allah, cunning strategy and unflinching bravery crushed the Mongol army and reversed this tidal wave of horror. The whole of the civilized world sighed in relief and stood in awe at the remarkable achievement of these noble sons of Islam. This was the spirit of Ramadan that enabled our righteous forefathers to face seemingly impossible challenges. It was a time of intense activity, spending the day in the saddle, and the night in prayer, calling upon Allah and seeking His mercy and forgiveness.

Today, the Muslim world is faced with genocide in Chechnya, Kosova, and Kashmir; torture and humiliation in Palestine, Algeria, Tunisia; hunger and starvation in Africa and Asia; and a "Dajjal-like" new world culture that is trying to unite the planet in materialism and corruption at the turn of the century. The new millennium will find us in the last ten days of Ramadan! Where will we be on New Year’s Eve? Will we be mesmerized by the light show at the Table Mountain, the Great Pyramid of Giza or Times Square, New York? Or will we be worshipping our Lord in the stillness of these blessed nights?

May Almighty Allah raise up a new generation of Muslims who are balanced enough to submit to His Will yet respond to the challenges of today’s world. May Allah give us the courage to stand up for Islam wherever we are and unite the Muslims in these times of confusion and temptation. May Allah make us of those who do what they say and fast in the way of our illustrious predecessors.